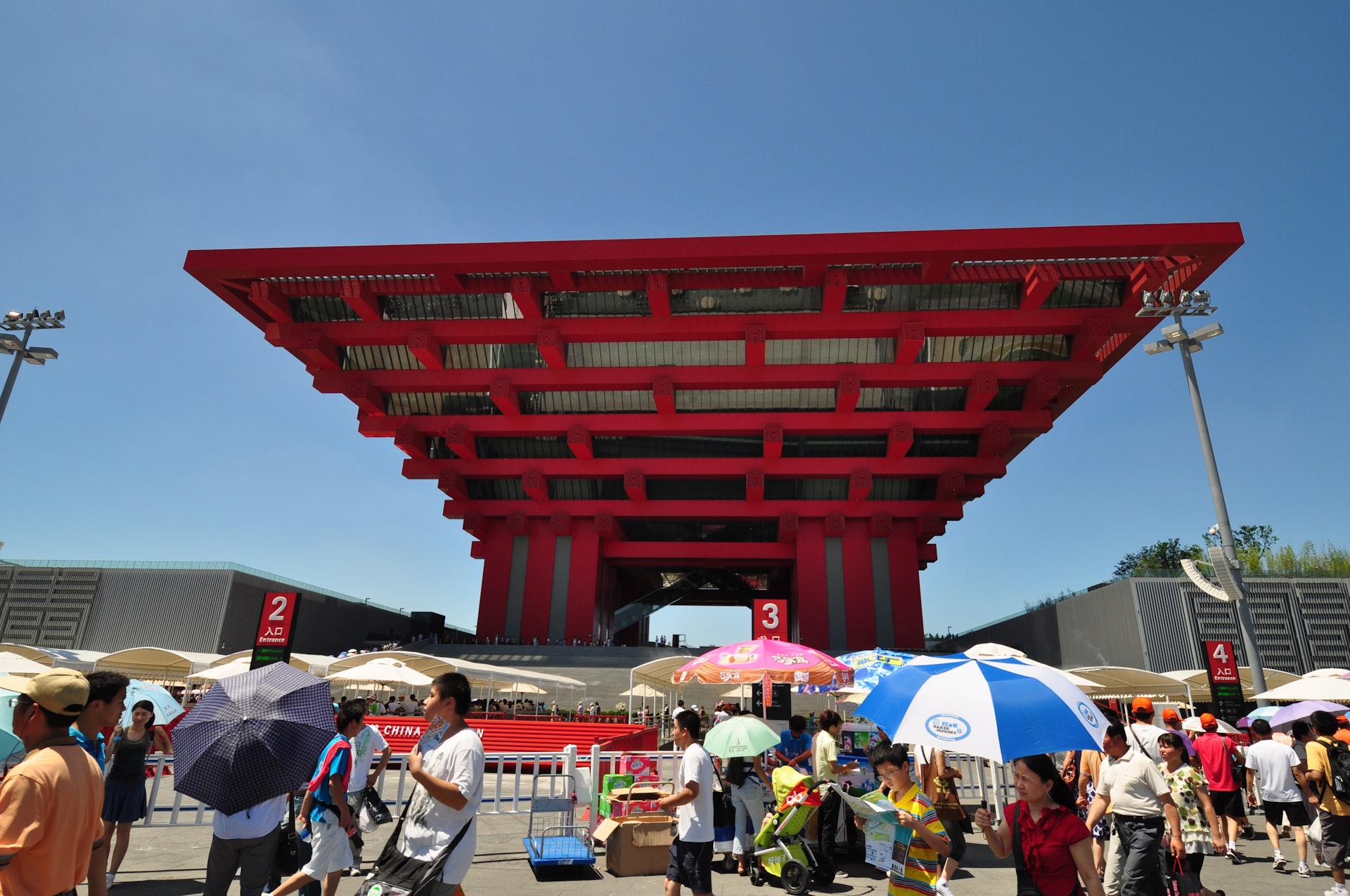 Expo 2010 in Shanghai, China, opened on May 1 and closed, 70 million visitors later, on October 31. The exposition was at that time the largest-ever implementation of the Dataton WATCHOUT multi-display presentation and production system in a single location. Around 50 of the Expo’s pavilions chose WATCHOUT for their audiovisual presentations, including the host China pavilion, key theme pavilions, company pavilions and numerous national pavilions.

The three exhibition spaces in this popular pavilion relied on Dataton WATCHOUT for visual effects on widescreens and split screens. All in all, around 50 WATCHOUT sources were utilised in the 2,500 sqm pavilion.

The first area was a cave-like space with a WATCHOUT show projected on two curved screens, each 50 m in length. The show featured effects such as a flamenco dancer rising from the stage, synchronized lighting and a 24 channel soundtrack.

The second area featured a 25-strong WATCHOUT show projected on five rectangular, different-sized screens, arranged at different levels and angles around the room. The five shows were occasionally merged into a single image – courtesy of WATCHOUT.

The State Grid Pavilion showcased power, including the power of images. In the pavilion’s Magic Box, WATCHOUT was used to wrap the visitor in an immersive video experience with projection on all surfaces: ceilings, floors and walls.

The box consisted of six giant LED walls which form the six faces of the cube, each measuring around 15m by 15m. Visitors stood on a glass bridge suspended three meters above the floor to give the floor projection extra impact.

Six WATCHOUT channels provided the images in the 250 person theater. The Magic Box was a concept developed by ATELIER BRUECKNER.

PRG, a leading international supplier of event technology, was responsible for the delivery and installation of the audiovisual technology at the United Arab Emirates pavilion. The pavilion featured over 80 WATCHOUT sources.

A WATCHOUT show, updated regularly on site, ran in the holding area of the pavilion on monitors and large format LED screens, leading to a a mirrored theater and film presented with WATCHOUT.

The main exhibition space showed a vision of modern-day UAE with an array of virtual hosts projected on on square pillars, speaking different languages. Projection cubes are suspended from the ceiling and arranged in various constellations around the room. WATCHOUT orchestrates and synchronises the entire content on all projection surfaces, compensating for shifts with geometry correction. The final gallery featured a wall of imagery, all synched with WATCHOUT.

This pavilion illustrated the sheer scale and diversity of AV possible with WATCHOUT. Around 50 WATCHOUT channels were used in the Pavilion of Future, one of the main theme pavilions at the Expo.

In the U-shaped entrance, WATCHOUT presented a high definition film on five walls, with eleven projectors. In the subsequent area, WATCHOUT was used to project giant format books, with the geometry correction feature in WATCHOUT ensuring the correct angle for the images and turning pages.

In the huge main hall of the pavilion WATCHOUT synchronized shows run on a 500 sqm high-definition LED screen, a 190 sqm video mosaic pyramid (left) and a 35 m control tower, plus screens and a reaction surface. Archlighting, Beijing, provided the technical solution and AV hardware for the pavilion, with support from AVT.

CT Asia provided the WATCHOUT technical expertise in this extravagant pavilion. Forty-five WATCHOUT sources covered walls, curved screens, cubes and floors throughout the pavilion, demonstrating the true versatility of the system. The entrance featured a curved screen arching over visitors, using the warping capability of WATCHOUT. The grand finale was a giant suspended cube. WATCHOUT presented images – inside, outside and on the floor of the box. This complex WATCHOUT show ran on a 12 hour timeline.

As Korea hosts the next international exposition, a special area in the pavilion was dedicated to Expo 2012 Yeosu, and visitors were treated to a nine-strong WATCHOUT show, produced and installed by Seoul-based, Acetel.

The Yeosu show consisted of widescreen, full-HD projection on either side of visitors, with four WATCHOUT channels on a 20% overlap. This was topped by a spherical screen floating above the audience. The four projectors on the spherical surface used WATCHOUT’s powerful geometry correction feature for curved surfaces to create a smooth image. The pavilion also featured a five-projector, edge-to-edge WATCHOUT show, with the content tying into the theme of convergence.

Acetel provided the WATCHOUT system for the South Korea Business Pavilion, too. Once again the geometry correction feature in WATCHOUT came into its own. Eight projectors with a 20% overlap illuminated the 360 degree curved screen in a fast-paced show. A further three WATCHOUT-controlled projectors ran on a 90 degree flat screen.

The Macau Pavilion used over 130 WATCHOUT equipped computers to produce the audiovisual shows that played a key role in the pavilion.

Avant Video Systems (AVS), an Israel-based integrator company, was in charge of the AV device integration at the pavilion. WATCHOUT was teamed with Sanyo projectors on walls and curved screens in a walking tour which took visitors through the pavilion. Stills, video and effects were combined in the WATCHOUT shows in the 10,336 sqm Macau Pavilion.

Twenty-four hours in Algeria compacted into just six and a half, visually compelling minutes. Rather than just a classic widescreen show, the Algerian day and night theme was projected on both vertical and horizontal planes. The floor projections were broken into different shapes and levels, with visitors standing on a “rooftop” to overlook the show.

The seven projector, eight WATCHOUT show was programmed by Audio Visual Technique, based in Shanghai and Hong Kong. To cope with the jagged shapes of the projection areas on the floor AVT made good use of the masking and geometry correction features in WATCHOUT, testing the setup in advance in their facilities. Using the WATCHOUT Systems Manager, a simple front-end to the show was
created, letting the user select the language of the show, either Chinese or English.