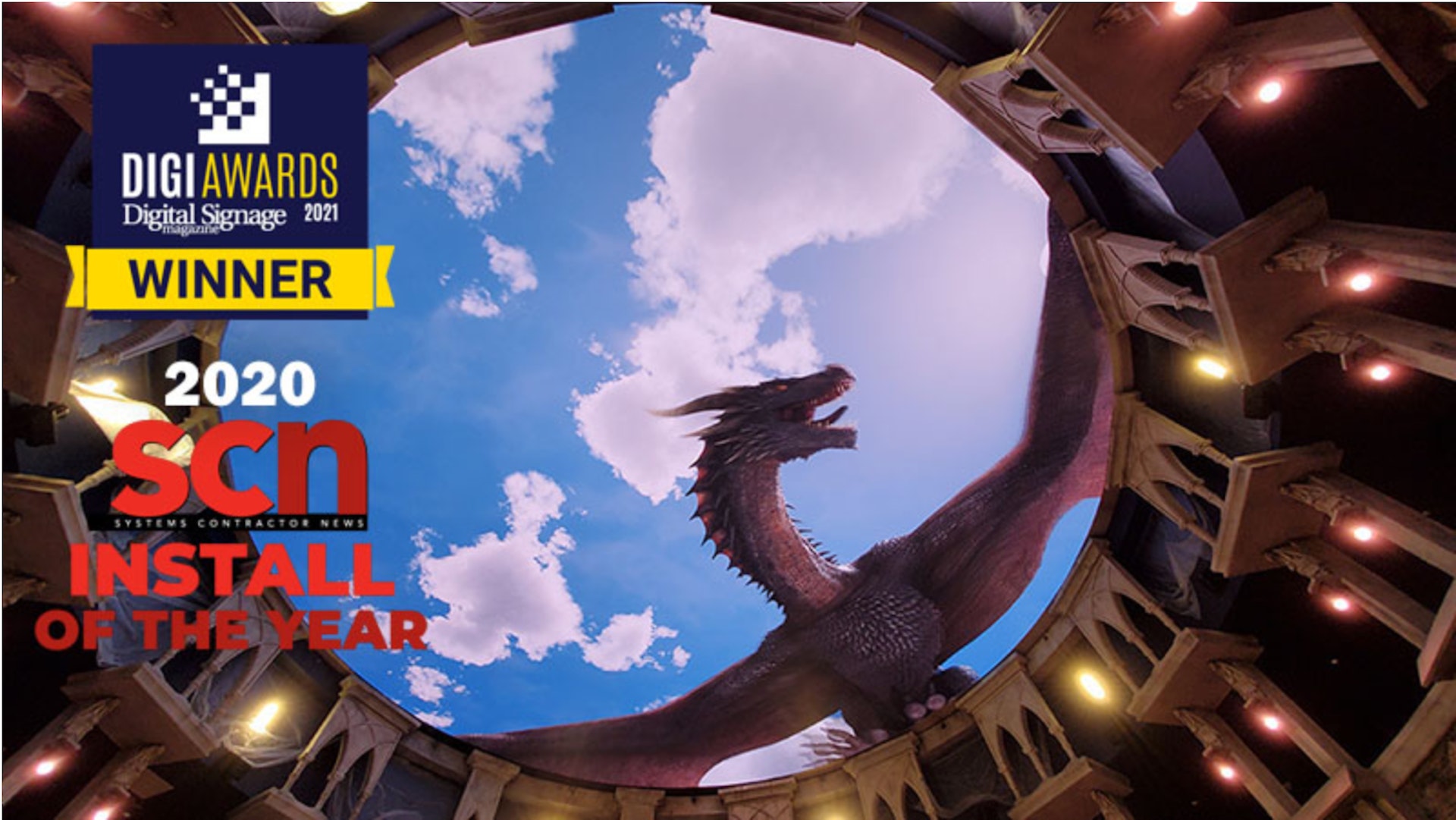 Dragons flying above a Gothic-styled event space take visitors on a flight of fantasy at the Ron Clark Academy in Atlanta, USA. The 52-foot-diameter, circular NanoLumens LED screen was installed on the ceiling at the Academy by Baker Audio Visual as a performance and educational aid for the school’s students and educators from near and far. When not being used as an educational tool, the screen displays scenes of dragons flying overhead, landing on the rim and peering down into the room. A QSC sound system, discreetly deployed within the space’s Gothic columns, adds voice and program audio reinforcement. Show Sage, Dataton’s North American partner, supplied 4x4K media servers running WATCHOUT to deliver the dramatic, seamless content for the LED ceiling.

The extraordinary meeting space is not only a winner with visitors and students, but also the proud recipient of the 2020 SCN Install of the Year award and the 2021 DIGI Award for Best Digital Signage for Education.