Hako, BARTKRESA studio’s latest 360-degree projection-mapped sculpture, is a pop-up experience that artists around the world can build and map. As a proud sponsor of the project, Dataton supplied WATCHOUT production kits to participants around the world to help bring their artworks to life! José Luis Palma from Seville, Spain, was one of them.

José Luis Palma is a self-taught multimedia artist, passionate about everything in AV and VR technologies. With accumulated experience in video projection works ranging from congress meetings to museum multi-sensory installations, he is now part of a socially distanced projection arts festival centering around Hako.

José Luis used Dataton’s WATCHOUT and WATCHPAX to display his Hako at different locations in his native city, adapting content from people all over the globe easily. 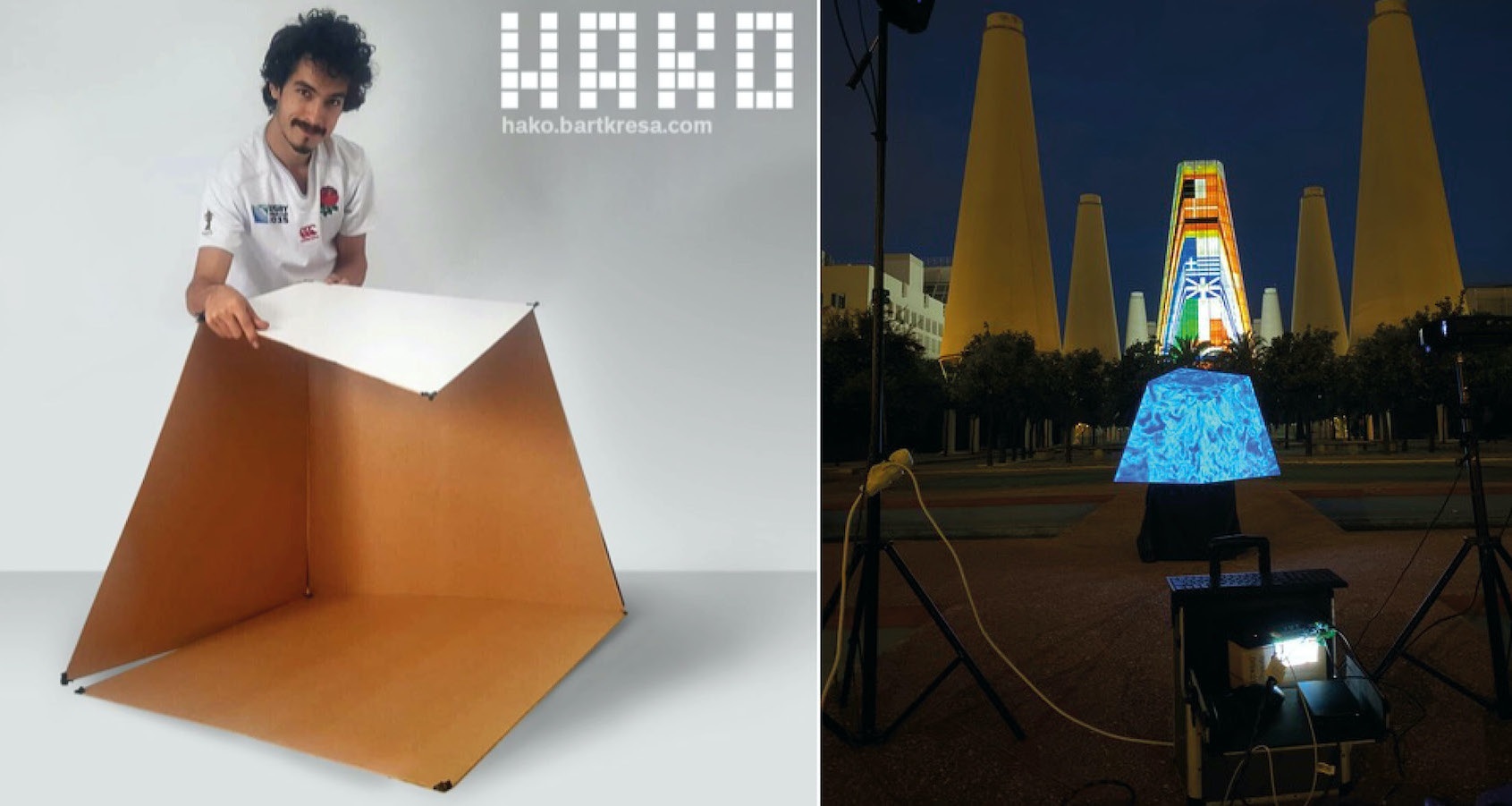