Dataton will show two new media servers at ISE, representing the next generation of its successful range of high-performance units. Designed for use with the company’s award-winning WATCHOUT show composer, WATCHPAX 42 and WATCHPAX 62 media servers are powerful, portable units with a strong pedigree for touring, temporary and fixed installations.

WATCHOUT has a solid reputation for reliability and versatility built up over the last 22 years and is widely used in events, broadcast applications, performance venues and attractions worldwide. The versatility of WATCHOUT is reflected in Dataton’s range of media servers. WATCHPAX 42 is a handy, notebook-sized unit with 4 x 4K outputs while WATCHPAX 62 is a 2U, four-model series offering from four up to eight outputs.

Robust and elegant on the outside, the units have a finely tuned technical specification designed solely with WATCHOUT in mind. Deployment time is reduced as each unit is delivered ready to roll, with the minimum of on-site setup. Both units feature EDID management and a smart restore/reset function designed to make life easier for rental and staging users or venues with numerous productions. As with all Dataton servers, multiple units can be deployed to drive large-scale shows.

“We’re pleased to present this new generation of media servers, with even more power under the hood,” says Trond Solvold, Sales Director, Dataton AB. “The WATCHPAX 42 and 62 series are significantly different on the inside compared to their predecessors but follow an established format that we know our customers appreciate and trust.” 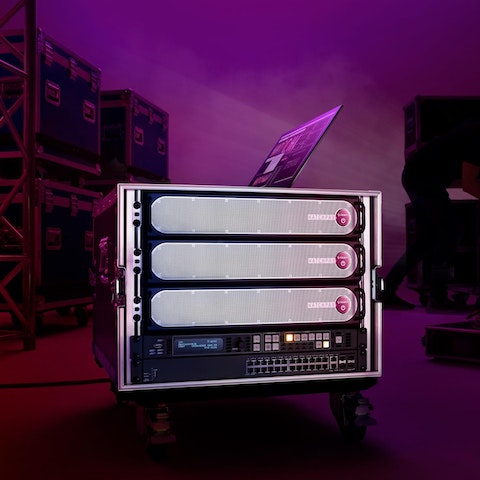