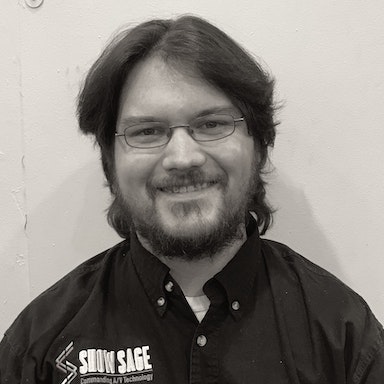 Ian grew up in the Chicago Theater scene as a carpenter. After Graduating North Central College in 2011 he began to work with WATCHOUT and projection systems in general. He has been a WATCHOUT Super User for the past eight years and has taught WATCHOUT to others for three. When he’s not working with WATCHOUT, Ian enjoys motorcycling, board/ video gaming, and comics.