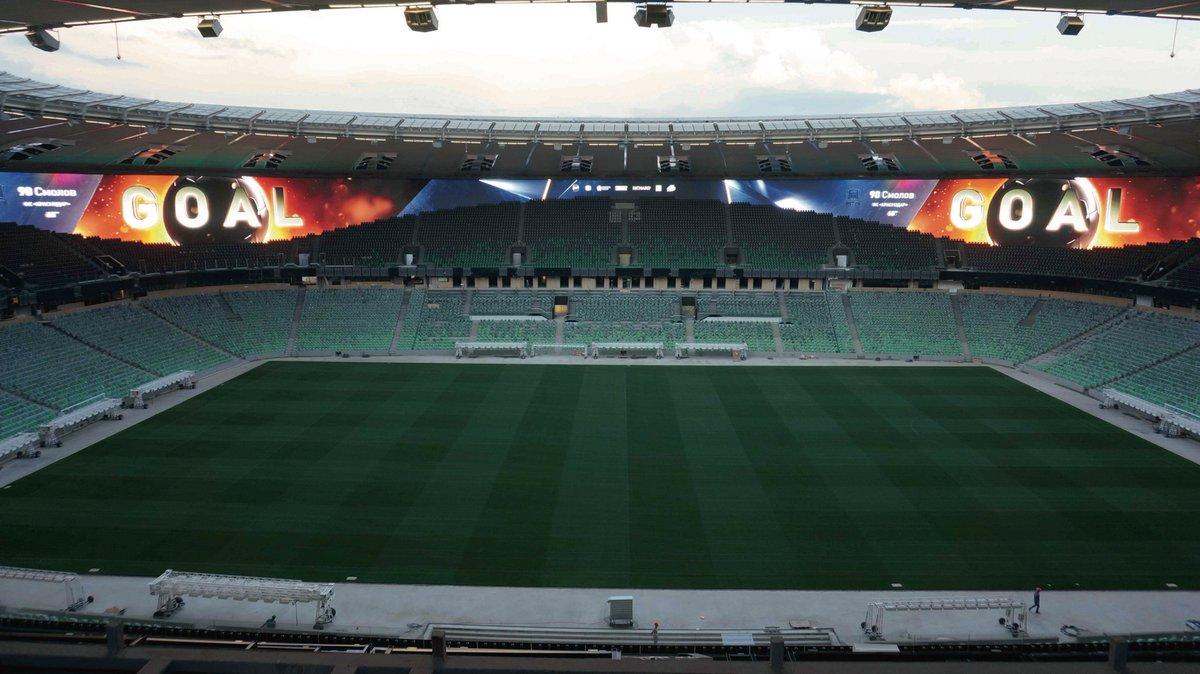 Stadium FC Krasnodar, home to FC Krasnodar, was inaugurated in 2016 and has an audience capacity of 34,291. The stadium sticks out with its awesome two-tier design featuring a wave-shaped upper tier  – made doubly impressive by a 606 meter long, 360° video screen! A Dataton WATCHOUT system delivers content to the 4,676 square meter screen.

Moscow-based AlphaLED designed and installed the screen from Unilumin. Working closely with the stadium architect and owners, the AlphaLED team was involved with the project for a full year. As the screen stretches around the entire stadium, each of the 594 modules in the array had to be precision placed – a task that took six months! The bespoke, complex modules created the wave-like shape and ensured that the screen presented a unified appearance within the arena structure.

"This display is managed by Dataton WATCHOUT system," explained Vladimir Venerov, CEO, AlphaLED. "We used four display computers for 22 DVI outputs. We handle the whole huge display – the resolution is 36,336 pixels by horizontal and 753 pixels by vertical in highest parts – as one big field."

Content for the giant screen has been created by A3V, Moscow, working with creative ad agency Ruport; The Mill, a UK post production content house; and Mirage Associates, the Dataton premium partner for the UK. The show utilizes a lot of last minute updates and changes, such as lineups and sponsorship logos, and has numerous live updates during matches. A3V faced the challenge of making control as easy as possible for the operator and decided to integrate dynamic external data into an existing WATCHOUT presentation. This enabled operation from a single panel. 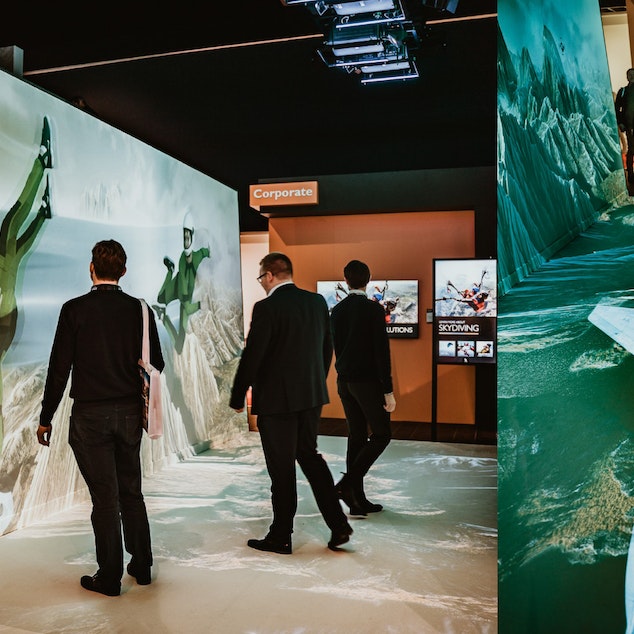 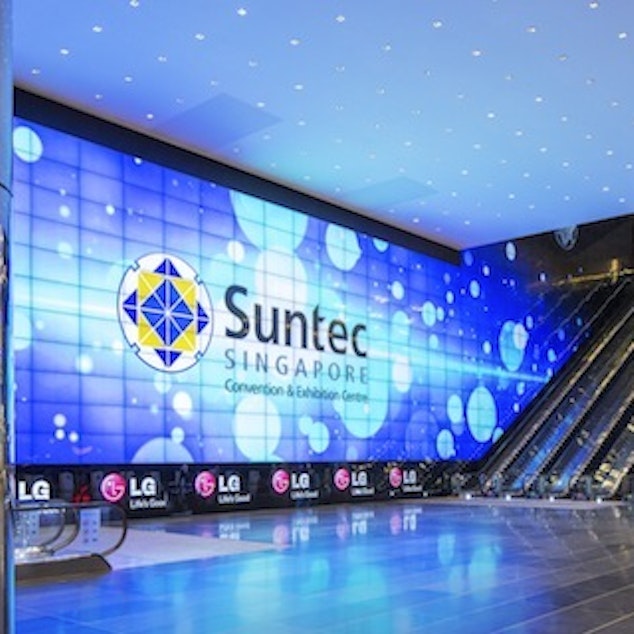 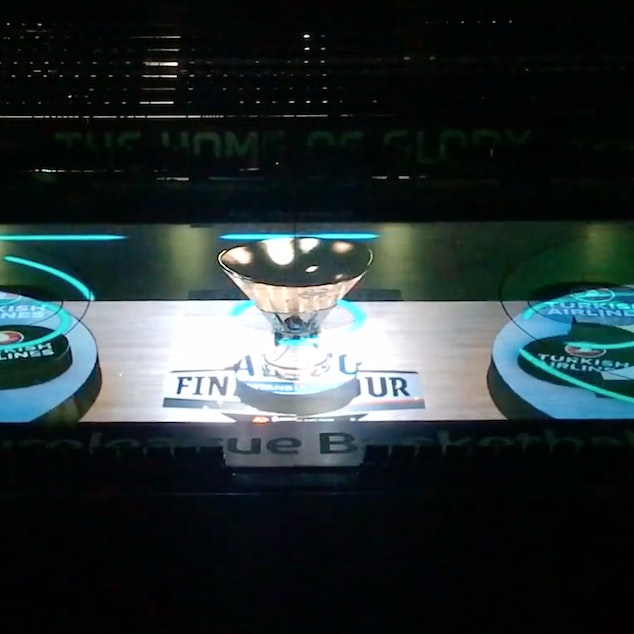